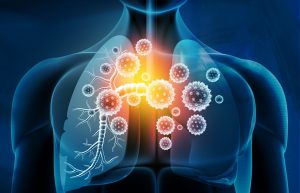 Protein disulfide isomerases (PDIs) are a family of chaperone enzymes within the eukaryotic endoplasmic reticulum that facilitate creation of disulfide (-S-S-) bonds in proteins. PDIA3 is a PDI which has been found to interact with influenza virus A hemagglutinin (IHA), a protein found on the viral coat which facilitates infection by binding with sialic acid on the host cells’ membranes (Gamblin & Skehel, 2010).  Previous in vitro studies have found that PDIA3 is required for proper IHA folding (Solda et al. 2006). This study examined PDIA3 regulation in both infection and non-infection conditions, both with and without the addition of external PDI inhibitor LOC14 as well as via deletion of PDIA3 in mice.

Chamberlain et al.’s study was able to evaluate the importance of the chaperone enzyme PDIA3 during Influenza A infection in a murine model. The flexiVent allowed for highly sensitive evaluation of changes in subject respiratory physiology using small groups (6-10 mice/ group) in response to both removal of PDIA3 (ΔEpi-Pdia3) and infection with influenza A, in both native and stressed hyperresponsive conditions. Their results were able to suggest the importance of lung epithelial PDIA3 in formation of -S-S bonds of IHA and in the subsequent establishment of influenza infection, airway inflammation, and AHR. 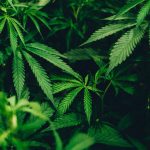