Get Everybody on the Same Page

Isn’t it wonderful when everybody is on the same page? In a lab, this is particularly critical. A lab handbook allows you to set the tone, and is particularly useful when on-boarding new researchers, when you can set the tone from day one. If you don’t already have one – don’t worry! Samuel Mehr of Harvard’s The Music Lab was kind enough to review over 20 handbooks and came up with a useful summary for other researchers to use as a template.

It won’t cost a cent to create, and if everybody pitches in together to contribute to the perfect handbook for your particular lab – everyone will feel invested in following the guidelines within it. Most companies have an employee handbook, and a lab is like a startup.

Go back to Day One

When are we supposed to contact the primary investigator for help? Which research grants do we qualify for? Which conferences are usually attended by members of this lab? Where do I find resources? These are some of the questions that new researchers find themselves asking. In fact, after reviewing the list, it’s a good idea to sit down and pretend it’s day one all over again. What do you wish your PI or other team members had told you? What would have made things easier?

Use it to Avoid Repeating Errors

Better yet, think about what has gone well recently, or what hasn’t. Would it be avoided in future if it was covered in a handbook given to all new lab members?

Grab a coffee and let Samuel do the hard work for you. 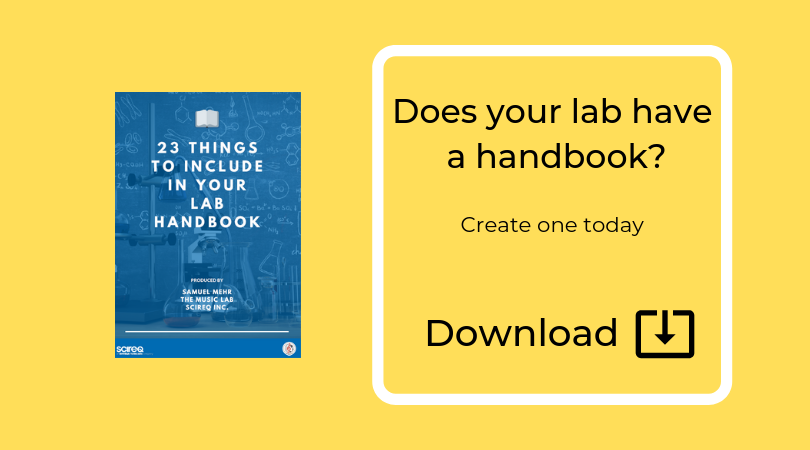