Rett syndrome (RTT) is a severe neurodevelopmental disease resulting from a loss of function mutation in MeCP2; an epigenetic modulator of transcription regulation found on the X chromosome. In humans, the disease is the second most frequent cause of intellectual disability in girls after Down Syndrome. It generally appears approximately 6-24 months at a frequency of 1 in every 10,000 to 15,000 live births1. The disease is hallmarked by repetitive movements and general developmental regression, however cause of death is often due epileptic or respiratory crises2. No treatment of the disease is currently available.

Genetic studies in mice are transformational in the study of this rare disease. In a 2010 paper, Dr. Chao demonstrated that conditional mutation of MeCP2 in the forebrain resulted in Rett syndrome phenotypes in mice. It included repetitive behaviours and social behavioural alterations, but did not result in respiratory dysfunction or premature lethality3. Many recent studies focus on the neurobiological impact of the MeCP2 deletion and the role within the developing brain.

Breathing abnormalities are more common toward the end of regression and include both hyperventilation, and respiratory dysrhythmia with breath holding and difficulty in terminating inspirations. These irregularities are usually specific to when the subject is awake and breathing resumes regular patterns during sleep4.

Most respiratory studies in knock-out animal models of Rett Syndrome focus on whole body plethysmography to assess breathing parameters after various environmental or genetic modifications. For example, a recent study in MeCP2 KO rats localize the respiratory abnormalities to the brainstem and not the forebrain of the subjects5. These subjects experienced high apnea rates and breathing frequency variation beginning at 4 weeks, worsening throughout the experiments. The difference in breathing properties when compared to controls rats was a result of longer and more frequent firing duration of both inspiratory and expiratory neurons and not increases in the number of neural centres.

While in vivo studies in animal models of rett syndrome (RTT) have been helpful in determining the genetic, neuronal and phenotypic attributes of RTT, they have not yet taken advantage of the advanced lung physiological measurements offered by more sophisticated equipment such as the flexiVent. This in-depth assessment may offer further insight into the disease progression and possible therapeutic avenues. 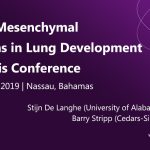