A lack of validated pulmonary hypertension animal models is the reason why there aren’t enough studies exploring the pathophysiology and therapies for Pulmonary Hypertension (PH).

What is Pulmonary Hypertension?

Pulmonary hypertension (PH) is a condition where blood pressure is increased in the arteries of the lungs and is typically associated with left heart disease and classified as Group 2 PH .

Dr. Dayeh’s research group from the Montreal Heart Institute1 recently addressed this issue with  novel pulmonary hypertension animal models. They induced heart failure by coronary artery ligation, which led to the development of PH in mice. The findings were particularly interesting as it was discovered that myocardial infarction (MI) has an impact on pulmonary capacity, through alveolar and vascular remodeling evidenced by collagen deposition and cellular proliferation.

Further, MI mice clearly developed a restrictive respiratory syndrome characterized by a decrease in lung compliance, measured with the flexiVent. 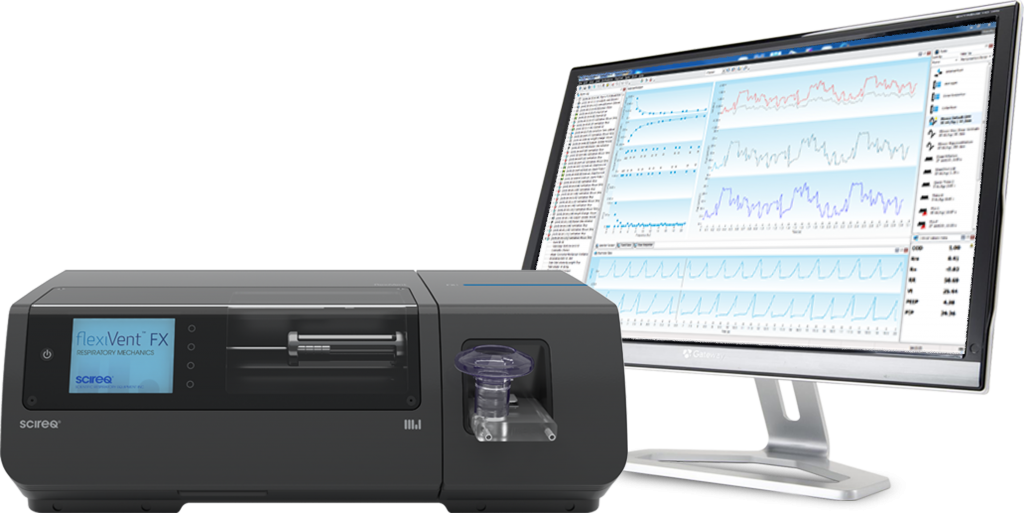 Read more about other Techniques & Measurements employed by the flexiVent.

Four weeks after surgery, Dr. Dayeh and her team were able to assess specific lung characteristics in their subjects such as quasi-static compliance, quasi-static elastance, and respiratory system resistance. Since the flexiVent goes beyond traditional resistance and compliance measurements, it helps captures crucial details about the mechanical properties of conducting airways, terminal airways and parenchyma, providing a unique tool to perform a comprehensive assessment of Group 2 PH models and more!

More Publications featuring the flexiVent and other SCIREQ research systems.